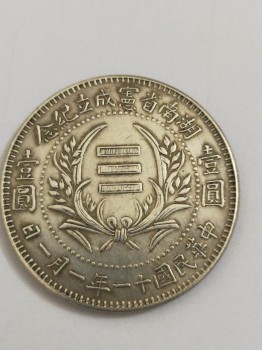 After Hunan governor Zhang Jingyao was expelled from the Northern Warlords by Hunan army in 1920, Tan Yanqi failed to fulfill the promise of "after the war, the general power was handed over to Zhao hengti" for the third time, and he still held the three posts of governor, governor and commander in chief of Hunan army, which resulted in the increasing contradictions among Tan Yanqi, Zhao hengti and Cheng Qian in Hunan Province. Tan Yanqi also felt that it was difficult for him to take the power of military and politics alone, so he became the leader of Hunan army In order to maintain a separate province from the outside world, ease the factional contradictions and win the hearts of the people, it is necessary to refer to the past "Hunan people governing Hunan" and "autonomy of Hunan Province", under the guise of "returning government to the people" and advocating "governing by the people" and "election of Governors by the people". After the Sui Dynasty, in the name of the people of Hunan Province, another "telegram" was published on July 22, which was made and discussed. It was advocated that each province should formulate a provincial constitution, abolish the governor and elect the governor by the people. On the basis of the autonomy of each province, it should implement the joint provincial autonomy and adopt the federal system to unify the whole country in the future. In order to achieve his goal of false government and secession of warlords. From September to October, Tan Yanqi carried out the activities of "autonomy" and "constitution making" organized by the government, set up the preparatory office for constitution making, held the provincial government gentry constitution making conference, drafted a constitution of Hunan Province, and implemented his political opinions into the provincial constitution. However, in late November, when the constitution had not yet been formally implemented, Zhao hengti and Cheng Qian joined forces in Changsha and oppressed Tan Yanqi to step down and leave Hunan. After Zhao hengti became the commander in chief and acting supervisor of Hunan army, he still announced "inheriting the former regulations on supervision and heritage", and continued to improve the unfinished constitution of Hunan Province of Tan Yanqi, creating theoretical basis for the rule of warlord separatism.

At the beginning of 1926, the people of Hunan launched a campaign to discuss Wu and drive Zhang. On March 12, Zhao hengti resigned by power, and Tang Sheng succeeded him. On June 2, Tang Shengzhi was appointed as the commander of the Eighth Army of the national revolution by the national government of Guangdong Province, the former commander-in-chief of the Northern Expedition and the governor of Hunan Province. In July, Tang Shengzhi announced the abolition of the provincial constitution, the dissolution of the provincial assembly, and the establishment of the provincial government. The constitution of Hunan Province also died, with only four and a half years left in the world. The silver dollar of Hunan Province constitution commemoration is the product of this farce. If you want to purchase a collection, please consult13802373772